Bill (William) Taylor is a specialist in the performance of ancient harp music from Ireland, Scotland and Wales, and is one of very few players investigating these repertoires on lyres, medieval gut-strung harps, wire-strung clarsachs and renaissance harps with buzzing bray pins.

He has not always been a harper; he trained as an art librarian and worked as Slide Librarian for both the University of Rochester (USA) and the National Gallery of Art in Washington, DC. In Washington, he started his career in early music, performing with various ensembles, including the Folger Consort, Hesperus and the Newberry Consort.

He is currently a teacher-in-residence for Ardival Harps in Strathpeffer.  He also teaches community music classes in the Scottish Highlands through Fèis Rois and is a guest lecturer at the Royal Conservatoire of Scotland.  As a teacher of historical harps, he is frequently invited to lead workshops in the UK, Europe and the US on a variety of subjects, such as arranging for small harps, using fingernail technique with wire-strung harps and playing music from medieval, renaissance and traditional sources.  He is a contributor to the New Groves Dictionary of Music and publishes articles relating to aspects of playing the wire-strung clarsach and music from the Robert ap Huw manuscript.  For many years he was on the Executive Council of the Clarsach Society; he also founded the Wire Branch and for many years was its Convener. 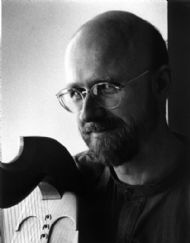 Bill is a strong promoter of both the wire-strung clarsach, as played in the Scottish Highlands and Ireland between the 10th-18th centuries, and the gut-strung renaissance bray harp, which was fitted with wooden bray pins that lightly touched the strings and caused them to buzz.  He is a leading authority on the Robert ap Huw manuscript, containing the earliest harp music from anywhere in Europe, employing the fingernail technique specified in the manuscript, whilst reading from a facsimile of the tablature and using modern copies of historical harps.

Bill performs and records as a soloist and as a member of several groups. In Scotland he plays historical Scottish music with singer and early wind player James Ross in the duo The Art of Musick, and also with the Highland instrumental and vocal ensembles Coronach and Musick Fyne.  He has worked closely with singers in Cappella Nova and Canty, accompanying them in performances of medieval plainsong associated with Celtic saints and music by Hildegard of Bingen.  Bill performs with Anne Lewis, one of the singers in Canty, in programmes of Scottish songs and airs.  He has been involved in several projects with Strathpeffer neighbour Bob Pegg, combining storytelling with traditional and early music.  He also accompanies traditional singer Christina Stewart in programmes of lullabies and children's singing games.

In Belgium, he performs with recorder player Geert Van Gele and also with their late-medieval quartet Quadrivium.  He has joined ensemble Graindelavoix for projects involving late-15th and early-16th century Burgundian composers, and performs medieval music with Sinfonye.  Bill also plays with the French ensemble Les Musiciens de Saint-Julien in a programme of early Irish and Scottish songs and dances.

Venturing into the field of musical archaeology, he brings Sumerian music to life using an authentic reconstruction of the golden bull-headed Lyre of Ur.  This project is run by Andy Lowings in England, and pairs Bill with reader Jennifer Sturdy in costumed performances of ancient Mesopotamian poetry.

Numerous radio and television broadcasts have featured his work with ancient Irish, Scottish and Welsh harp traditions, including a BBC4 TV programme on the history of the harp, live BBC Radio 3 broadcasts with the Taverner Consort during the Edinburgh International Festival, and a recent feature on Radio 3's Early Music Show.  In 2010 he recorded a programme for Vermont Public Radio, which is available from their archive.